The Santa Barbara Spanish School is a center specialized in teaching Spanish as a FOREIGN LANGUAGE.

We offer a quality service that guarantees the fulfillment of the expectations of the students, providing them with the knowledge and the development of the essential skills to acquire a complete linguistic training, academic and professional.

Permanent courses are taught for a better knowledge of the Spanish language and culture,specific courses in commercial Spanish, business and teacher training courses for E/LE, among others.

The DELE exams certifying the level of language proficiency through unified, validated and related tests of the Common European Framework of Reference.

Our dedication and our academic quality in accordance with new methodological trends.

Our dedication and our academic quality in accordance with new methodological trends.

We are also known for our ability to adapt to the needs of our students,
by taking into account their different learning styles and preparing them for an academic and/or professional future.

Our exemplary business model, the continuous analysis of our practices,
the standardization of learning levels and the teaching materials used in our classes.

SANTA Bárbara is an independent and unique school, expert and innovative in the teaching of Spanish, led by specialists in the field of education. It’s a project come true by a great team. Our goal is to promote Spanish learning with a student-centered methodology as a self-employed learner, oriented to understanding and understanding among people from different countries and cultures.
We have the presence of different nationalities in the center such as French, Italian, German, Belgian, American, Chinese, etc…

SANTA Barbara SPANISH SCHOOL listens to you, advises you, advises you and offers you a customized and flexible solution for your needs. The type of course, the accommodation, the activities will be oriented to your objectives.

Leadership: We face challenges and give them solutions.

Professional ethics: we work with respect, professionalism and integrity.

Tolerance: in the face of the diversity of opinions, beliefs and cultures.

Confidence: security offered by the center. The students are surrounded by the best professionals.

Tangible: classrooms perfectly equipped with new technologies and suitable to promote the learning of students.

Learning in SANTA Barbara SPANISH SCHOOL means living an exciting, enriching and highly effective learning experience. SANTA Bárbara is recognized for its very high quality of teaching, based on a communicative and humanist approach. You are the protagonist, the professor accompanies you. The main objective is to provide the student with the strategies and knowledge necessary to function in a Hispanic environment in which different cultures converge. In order to achieve this goal, the professor combines theory and practice, addressing all the pragmatic, linguistic and functional aspects of the spoken language,together with socio-cultural information, essential key to obtaining competence Communicative. Grammar, vocabulary, reading comprehension, listening comprehension, oral expression and interaction, and written expression and interaction are always integrated in order to bring the student closer to an authentic communicative environment.

The school is a 2-minute walk from Olavide Square and 5 minutes from Iglesias Metro. Located in one of the most chaste neighborhoods of Madrid with a great gastronomic and commercial offer.

Description of the centre

The team of teachers of SANTA Barbara is highly qualified,motivated, stable and works with enthusiasm and professionalism in the teaching of Spanish. All our teachers are specialists in teaching Spanish for foreigners and many of them have postgraduate, master’s and/or doctoraltraining of their specialization. In addition to their extensive experience, our teaching team is dynamic, open, outgoing, affable and has a great motivation, which makes the process teaching/learning especially fun and attractive to students. 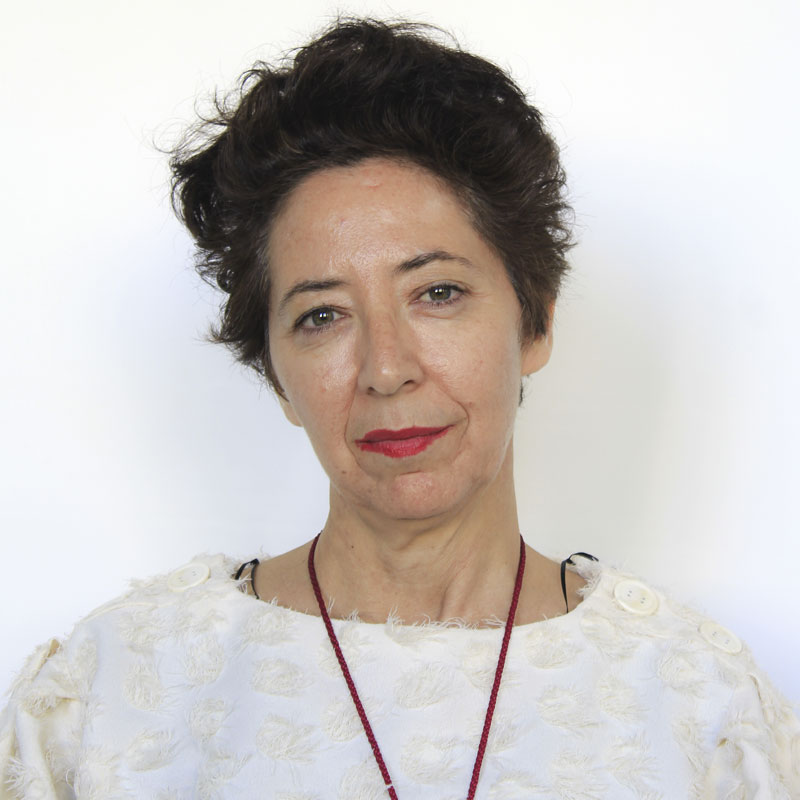 Professor of Spanish foreign language of Middle Education and F.P in Dijon (Borgoña) between 1996-2001.

English course at the University of Montreal (Canada) summer 2013 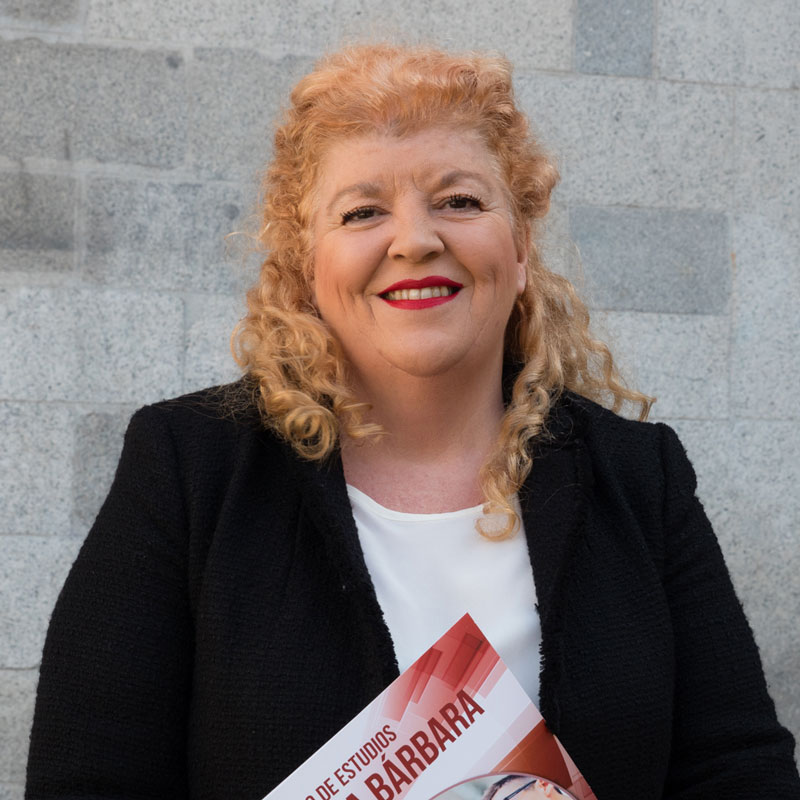 She has been teaching Spanish as a foreign language since 1986.

She has been Academic Coordinator at Ideal Education Group for the Enforex and Enfocamp brands.

María has been responsible for the DELE exam and the CCSE test for the Instituto Cervantes.

She has been a linguistic proofreader for the Susaeta publishing house.

She teaches the Master’s Degree in Spanish as a Foreign Language at the Comillas Foundation (University of Cantabria).

He has specialized in pronunciation in the teaching of Spanish, a subject on which he has given various courses and workshops and on which he has written several manuals.

She is co-author of the collection Nuevo Prisma at levels A2, B1 and B2, in the section of pronunciation and spelling, of the publishing house Edinumen, specialized in the teaching of Spanish as a foreign language. 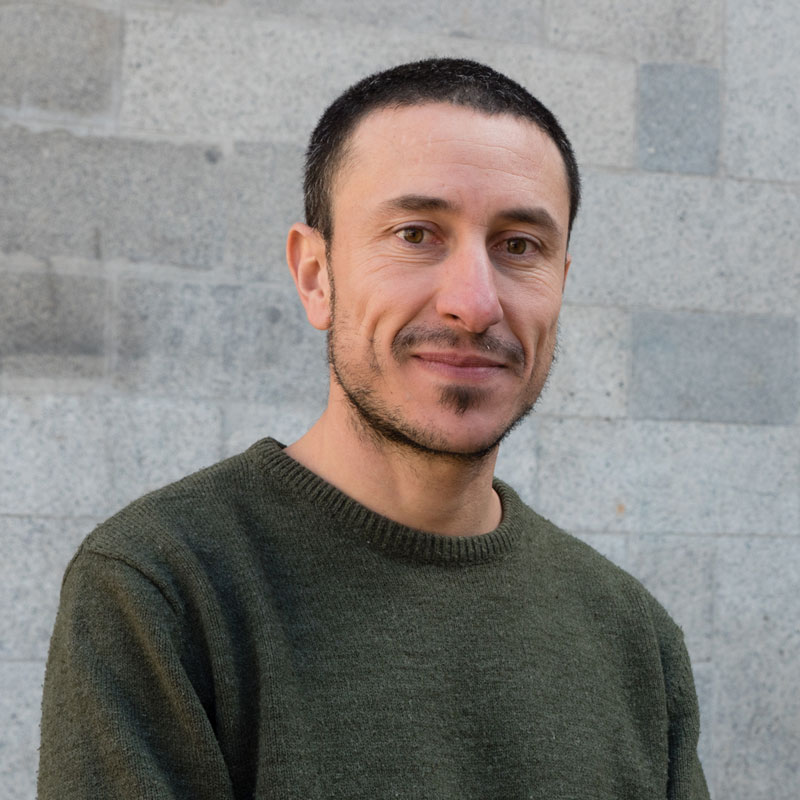 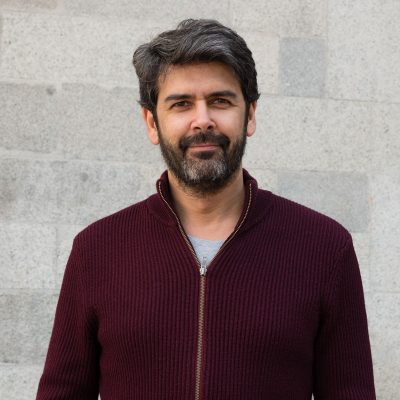 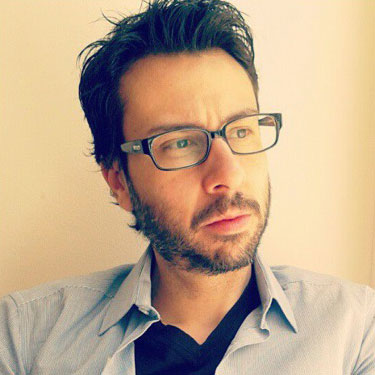 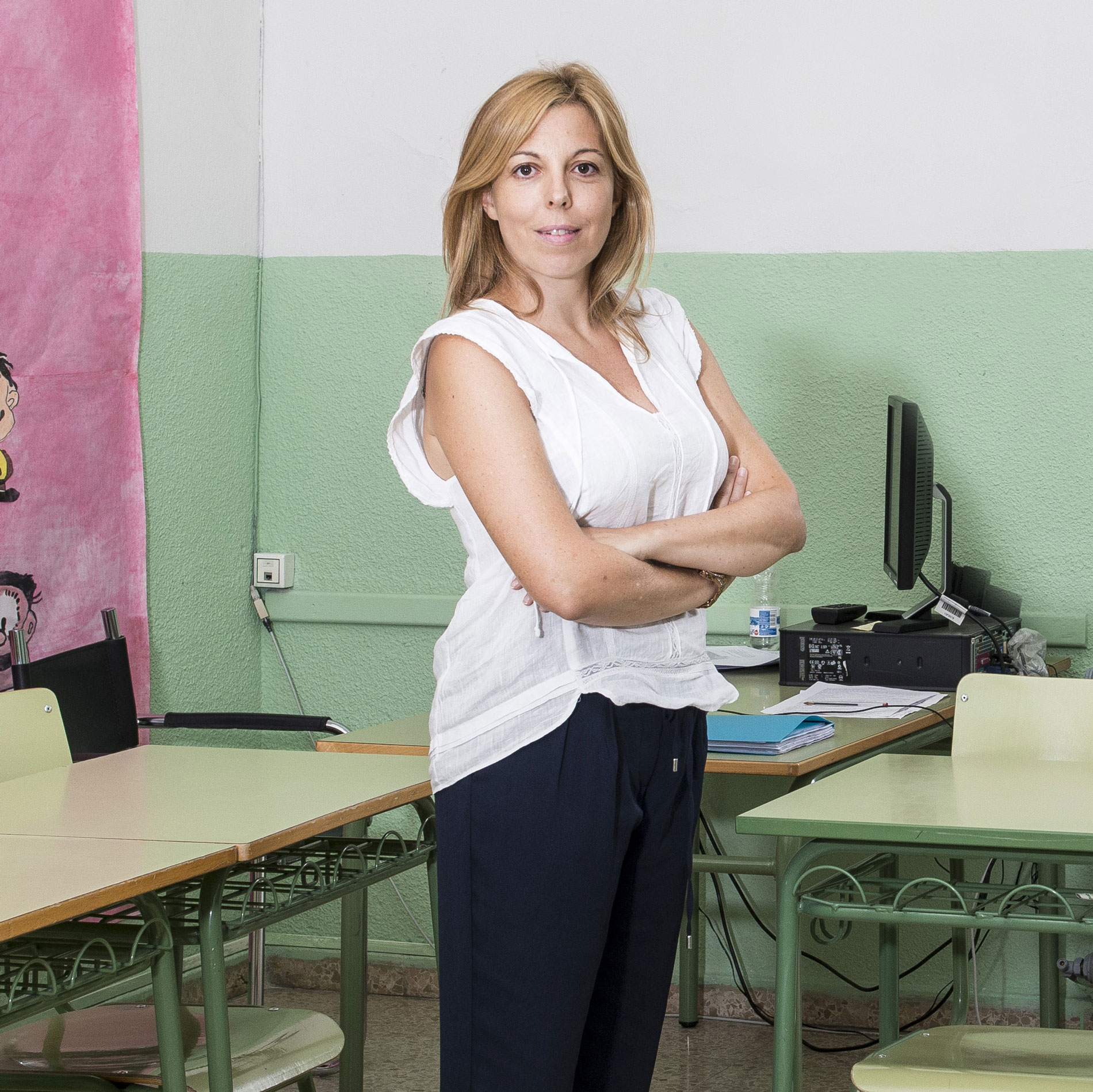 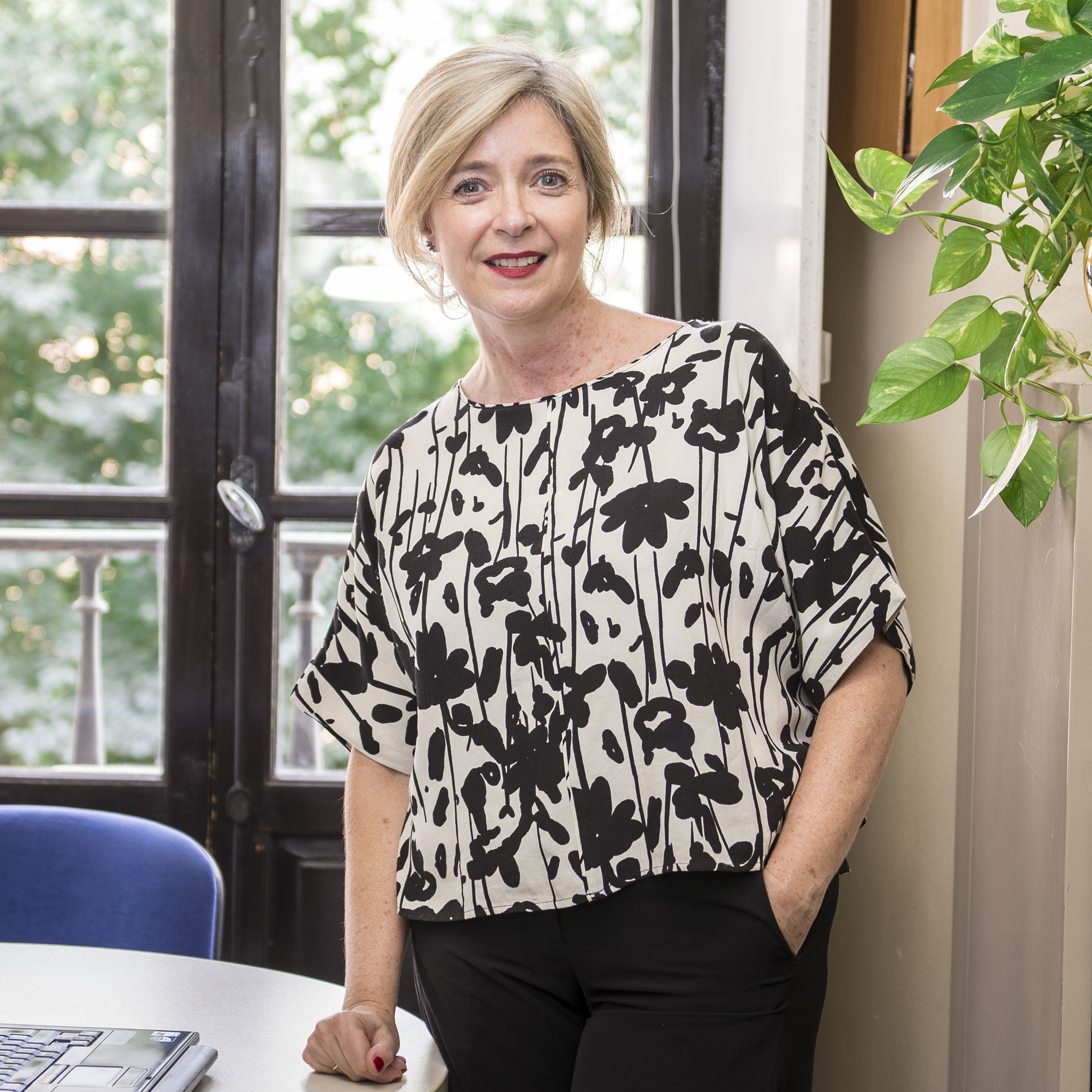 Ivonne GaztañagaCOOKERY TEACHER
Ivonne Gaztañaga holds a degree in Hispanic Philology from the University of Deusto (Bilbao) and a Master’s degree in teaching skills from the same university.
Along with teaching, cooking is his other great passion. She assures that this has been a genetic thing as her family has been dedicated to restoration generation after generation. 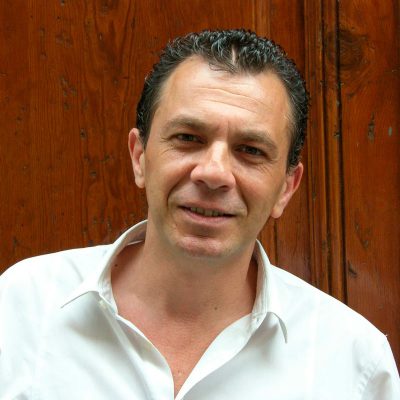 José Manuel PardoTHEATRE DIRECTOR
José Manuel Pardo is a stage director. He studies at the School of Dramatic Arts and graduates from Darlington College with a Master’s degree. In 2004, he moved to the front of the Karpas Theatre. He then set up his own production company “De dos por dos” where he directed and produced the musicals “Alguien lo escribió por ti”. He has consolidated his career as a stage director with titles such as “The Other Side Of The Bed”, “I Eleanor of Aquitaine” and “Mom and Dad’s Things”. 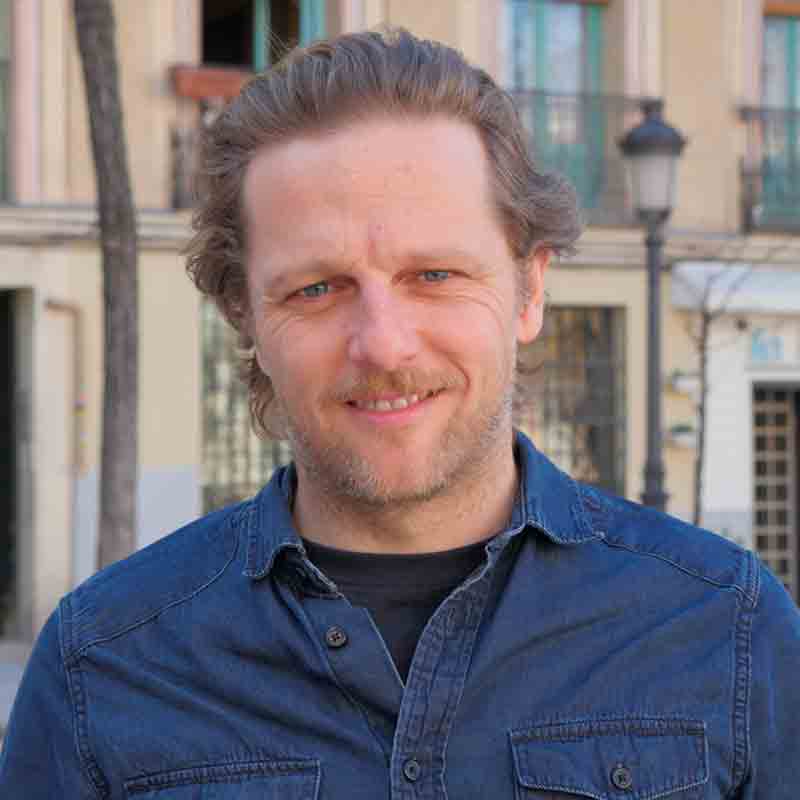 Claudia FerrantiACTIVITIES GUIDE AND FLAMENCO TEACHER
Tourist guide with more than ten years of experience, pedagogical training and extensive knowledge of the historical and artistic heritage. Expert in the management and accompaniment of groups. Ability to adapt tourist visits to the knowledge, demands, concerns and ages of customers. Claudia has worked as an actress and presenter on Spanish and Italian television. She has trained in flamenco and contemporary dance. 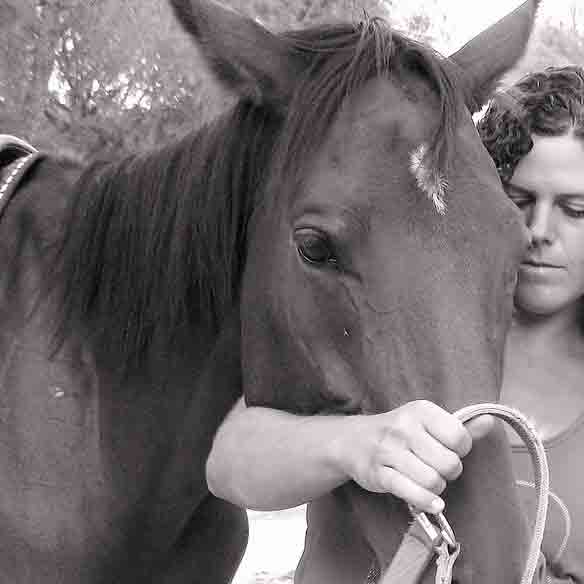 Claudia Quintana HORSEBACK RIDING INSTRUCTOR
Degree in Veterinary Medicine specialist. He is a level III sports technician in horse riding. He has the Certificate-Diploma in horse riding adapted for people with disabilities. You have the First Certificate in English.. She is the Director of the Baytar Equestrian School in Madrid.