In the middle Ages. The Community of Madrid was divided into large regions (1) until in the 19th century was created the province of Madrid.

One of the oldest castles is the Fuentidueña de Lajo, built in the 12th century, with its Torre del Homenaje, which still conserves a part of it. It was, besides fortress (2), palatial residence of kings. 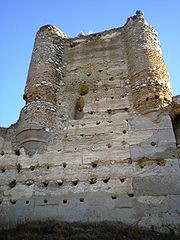 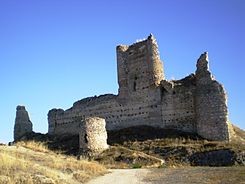 During the XV century numerous castles were built to represent the power that the kings gave to the nobles (3) as the Castle of Manzanares del Real, Castle of the Alameda, Castle of the Torremocha, Castle of the Coracera, Castle of Batres, Castle Of Buitrago of the Lozolla and Castle of Chinchón, among others. Its defensive construction had as nucleus the tower of the homage and to its around were the rest of the towers and the moat (4). In the tower of homage the political activity of the lord was exercised: there the vassals (5) swore fidelity to their lord.

The Castle of Manzanares del Real is one of the most representative of the Community of Madrid and for that reason was chosen for the act of constitution of the Assembly of Parliamentarians of Madrid in 1982. It was declared Historical-Artistic Monument in 1931. 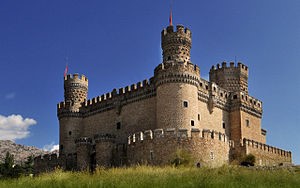 The Castle of Torremocha was a palatial residence of archbishops (6), but later became a prison of clergymen (7). At present it is in ruins. 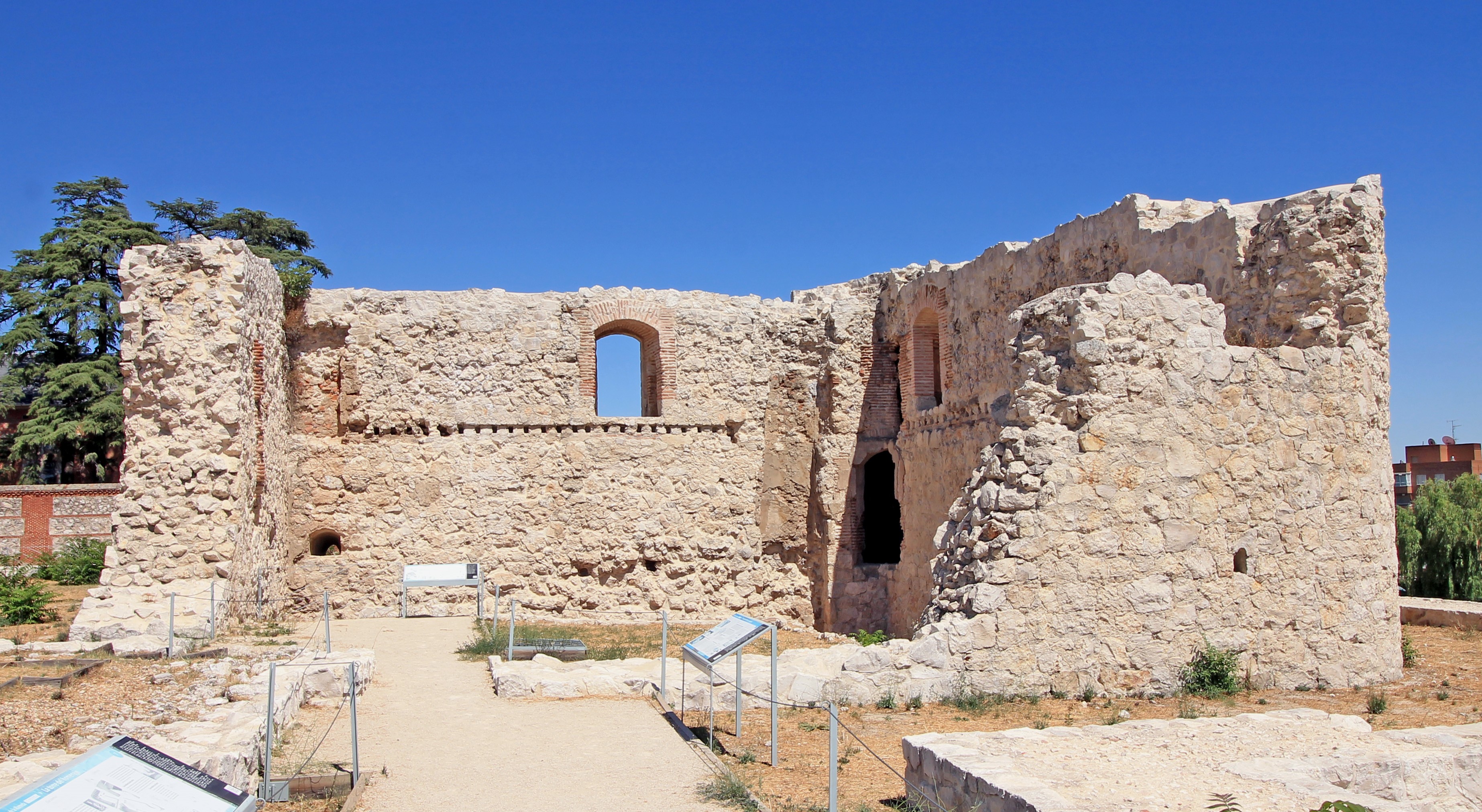 The Coracera Castle was the residence of Queen Isabella the Catholic when she was proclaimed heiress of Castile. It was destined to residence of the kings and their guests during the times of hunting. 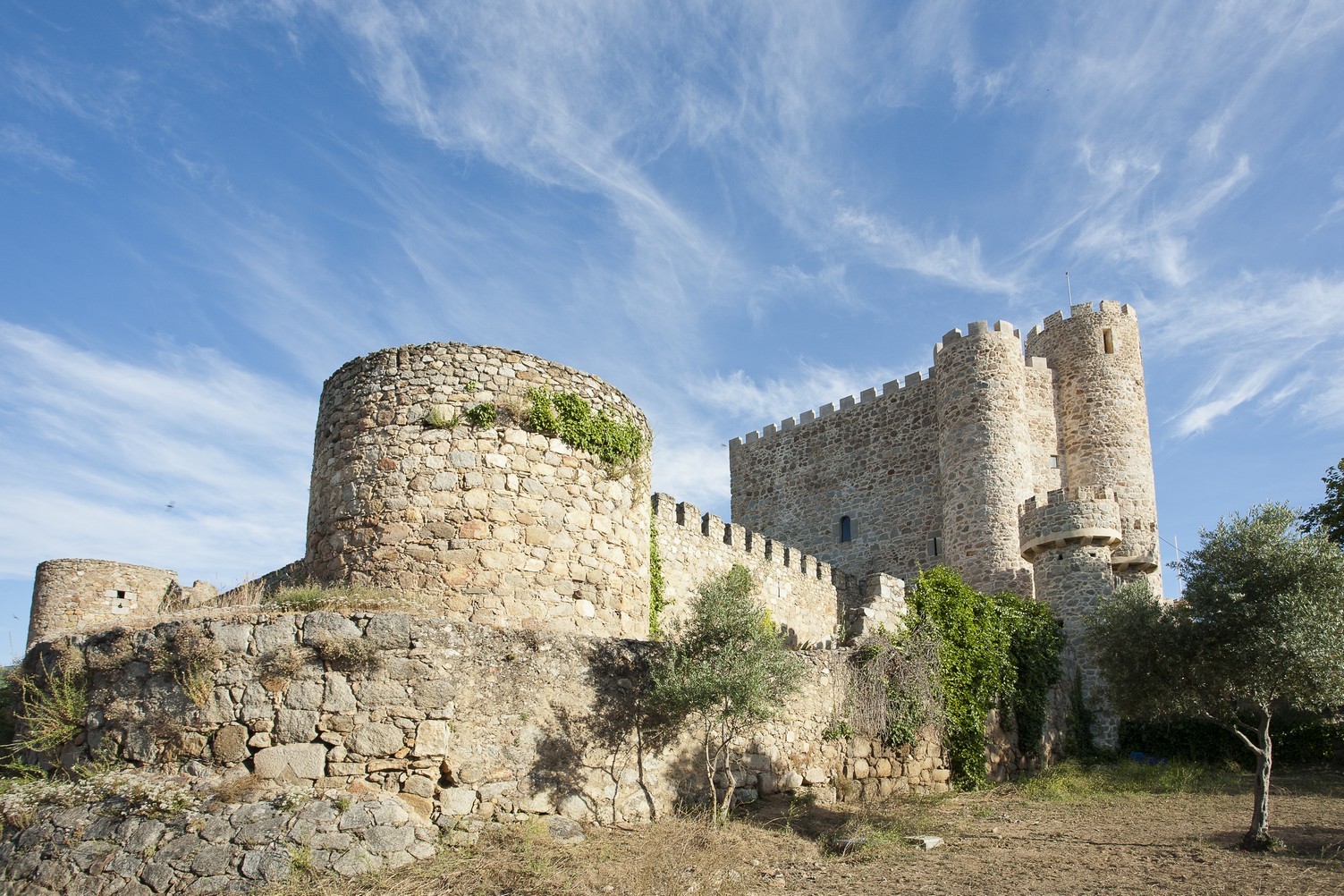 The Castle of Batres belonged to the Lord of Batres, chronicler (8) of the king Don Juan II of Castile, who founded an important library whose manuscripts are in El Escorial and in the National Library of Spain. It was declared Historic-Artistic Ensemble in 1970. 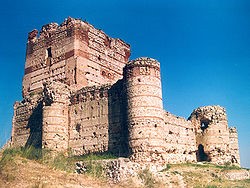 The walls of Chinchón Castle are made of limestone and mortar and stone fillings, hence its homogeneous appearance. Felipe V was proclaimed king in the Main Square of Chinchón. In 1974 Chinchón was declared Historical-Artistic Ensemble.

region. 1. f. Territory which, in a country or a region, is identified by certain physical or cultural characteristics.

strength. 3. f. Fortified enclosure, like a castle, a citadel, etc.

noble. 2. adj. Said of a person or of his relatives: That by inheritance or by concession of the sovereign owns some title of the kingdom. U. t. C. S.

vassal. 1. adj. Subject to the king or some lord with bond of vassalage. Vassal towns. Vassal people. U. m. C. S.

archbishop. 1. m. Bishop of metropolitan church or who has honors of such.

cleric. 3. m. In the Middle Ages, a literate man and scholastic studies, even if it had no order, as opposed to the indocto and especially the one who did not know Latin.

chronicler. 2. m. And f. Official historian of an institution.