Why is not the “h” pronounced?

The h is the eighth letter in the Latin alphabet and in the current Spanish is not pronounced, it is mute. Why? Because many of the words that in Latin were pronounced and written with f, through the centuries and the evolution of the own language, the f became a h aspirated until weak so much that it became the present mute h. Examples like filius evolved to ‘child’, to ‘do’ and ferrum to ‘iron’

Other words that came from other languages that also contributed to the formation of Spanish, such as the Mozarabic and some Germanic languages, left their mark in words that today contain the letter h, because the original word had a sound that no longer exists in our Spanish modern. For example “pillow”, “carrot” or “alcohol”. 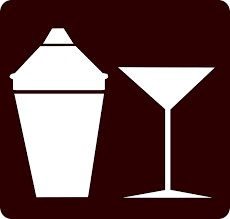 It is for this reason that the H continues to have a great presence and importance in the Spanish language. As for spelling, the best way to remember when writing and when not the letter h is to practice reading. In addition, reading is a great source for vocabulary acquisition.

Spelling is one of the most important aspects of learning Spanish, mainly for written expression. In our Spanish classes for foreigners you will always have some time to practice spelling and pronunciation of Spanish.

Let’s practice the spelling of the “h” in the difference of these three words “there”, “there” and “ay”.

It is a form of the verb to have, the third person singular present indicative. Its meaning refers to existing.
Example: There are six students in the Spanish class.

AY (without hache and with y):

This word is an interjection, so it can only be used in exclamatory sentences and, therefore, it will be framed by the exclamative signs of score ¡Ay!. It does not have a concrete meaning, but when it is used, who pronounces this interjection is intended to express a feeling or emotion such as pain, illusion, fear, enthusiasm, grief, fright, etc.
Ej.  Ay! How my head hurts!

AHÍ =THERE (with interleaved and Latin i):

This word is an adverb of place and its meaning indicates the proximity of something or someone.
Ej. There’s Juan.